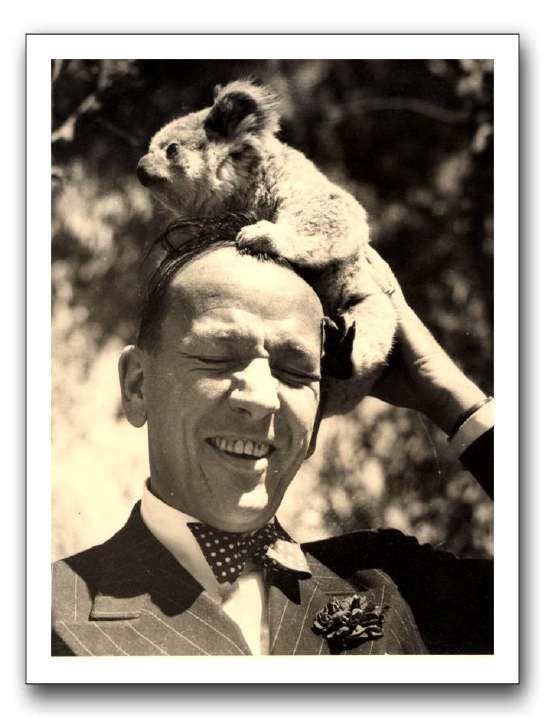 Noël Peirce Coward was an Academy Award winning English playwright, actor and composer of popular music with an elegant and sophisticated style.

He is inextricably linked with the 1920s and 1930s, becoming a household name with The Vortex in 1924, a play that addressed issues of drug-taking and sexual obsession. He quickly added to his growing reputation with a string of brilliant stage shows, Hay Fever, This Year of Grace and Private Lives, as well as the internationally popular operetta, Bitter Sweet.
The 1930s saw Coward consolidate his position as king of the British theatre with highly successful productions of Cavalcade, Words & Music, Design for Living, Conversation Piece, and Tonight at 8.30 with Gertrude Lawrence.

The 1940s saw Coward write the comedic masterpieces, the intricate semi-autobiographical comedy-drama Present Laughter and the supernatural comedy Blithe Spirit broke box-office records for a West End comedy not beaten until the 1970s.

The world saw a different Noel Coward in the film In Which We Saw, which he wrote and directed (with David Lean) and starred in playing, playing a naval commander based on Lord Louis Mountbatten. A brilliant piece of propaganda, the film won an Academy Award in 1942.

Had the Germans invaded Britain, Noel Coward would have been arrested and liquidated as he was on The Black Book, along with other public figures such as Dame Rebecca West and H.G Wells. While some feel that this may have been due to his celebrity and homosexuality, recent documents have surfaced showing Coward to have been a covert operative in the Secret Service.

Though his theatrical reputation dipped in the 1950s, Coward lived to see his work return to favour in the 1960s. Finally, he was knighted in 1970. There had been persistent rumours of such an honour as early as the 1931 (when he produced Cavalcade). Sir Noël died on March 29, 1973 at his home “Firefly” in Jamaica and is buried there.

In 1984, a stone commemorating his life was placed in Poet’s Corner, Westminster Abbey by the Queen Mother.