MIRAGE MAKERS is a commercial theatrical production house that specialises in developing and producing jewel-like productions for world touring. Incorporated in 2007, MIRAGE MAKERS has developed and produced three original scripts, A Coward in Vegas, Two Old Queens and Noël it All / Noël at Noël for seasons in Adelaide, Melbourne, Perth, Sydney and London.

These works grew out of the 25 year career of actor/singer/writer, John Michael Swinbank, who has an international reputation for his distinctive interpretation of the Noël Coward repertoire. Swinbank developed, wrote and performed extensively around the world a variety of cabaret and theatre works containing the themes expressed in these theatrical works from 1982 to 2006. The variety, insight and energy of these productions have delighted many people around the world.

A Coward in Vegas 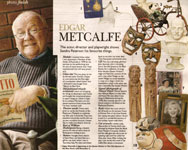 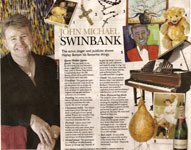