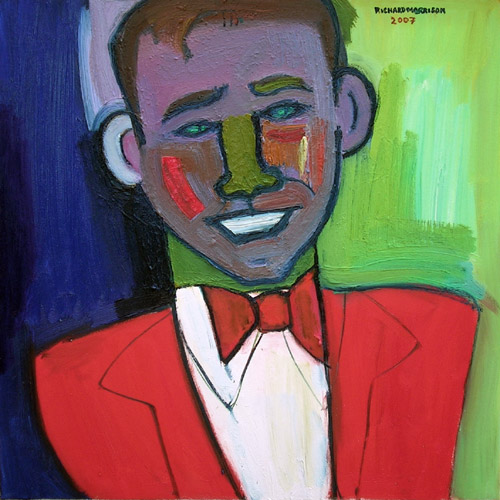 “I took to wearing a ‘pink’ tail coat in the 1990s when touring South East Asia, in particular China and Hong Kong, where the colour red is considered very lucky. Well, rather luckily, it caught the attention of Johnny Walker Scotch who sponsored the show. I love Morrison’s work and his rather fauvist use of colour. The red coat is just the departure point for this piece. I believe he has caught the spirit and the glint of those wonderful days.” – John Michael Swinbank.

Richard Morrison is represented by the Jackman Gallery in Melbourne. Visit them at www.jackmangallery.com.au.

Click here to go back to the main page.